School attendance is mandatory until the age of 16 in all provinces except for Manitoba, Ontario, and New Brunswick where the required age is 18. Kindergarten is available to children when they turn four in Ontario and Quebec and when they turn five everywhere else. The school year generally runs from August through June of the following year.

Post secondary schooling is split between colleges, where one typically goes to receive vocational training, and universities, for those pursuing a bachelor’s, master’s, or doctorate degree. There is no federal education department or educational system. The provincial governments manage and oversee public education within the provinces at all levels of education and receive funding from the local, provincial and federal governments. French immersion programs are offered in most places throughout the provinces as Canada is officially a bilingual country.

Nationally, Canada performs better than the Organization for Economic Cooperation and Development (OECD) average in all graduation numbers. In 2018, the share of adults in Canada with at least a minimum of high school education was around 92 percent. Canada also led the world in 2016 in percentage of the adult population that had a tertiary education (a bachelor’s degree or higher) with around 62 percent of those aged 25 to 34 years with a tertiary education. On the provincial and territorial level, British Columbia scored the highest on percentage of the population with at least a secondary education at 93 percent, while Nunavut was a distant last with only 58 percent of the adult population having graduated high school.

Education spending has been trending upward with the total national spending by Canadian school boards for 2016 at 60.49 billion Canadian dollars, a 81 percent increase since 2000. As of 2016, the largest budget item was instruction and education services, accounting for over 42 million Canadian dollars of the budget. Annual tuition fees for undergraduate degree programs in Canada were rising as well, but still remained well below the rates of their southern neighbor the United States. The average annual tuition for an undergraduate program nationwide was 6,463 Canadian dollars for the 2019-2020 school year. Despite the rising cost of post secondary education, it still proves to be a valuable investment for Canadians. The unemployment rate for adults with only a high school diploma was 7 percent in 2017, compared to a rate of 4.3 percent among those with a university education. 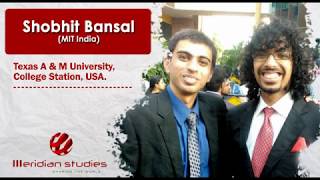 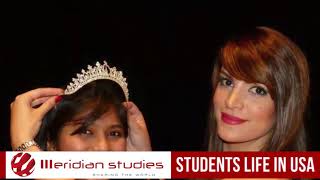 Student life in USA by Meridian 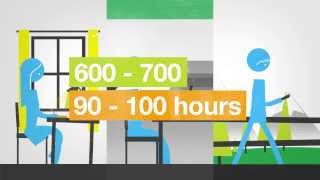 I am Nitish Shah from Rungta College of Engineering and Technology, Raipur. It is a matter of great privilege for me to share that I have received an opportunity to pursue Master of Science in Management Information Systems from Oklahoma State University, United States of America. More..

USA offers variety of choices and flexibility in pursuing degree in desired field of study. The quality of education provided in most of the universities More…

First of all I would like to thank Meridian for supporting me throughout the admission process. I am very happy now as I got admission in MS CS, USA. More…

I was really confused about what to do at first after my graduation. I thought of preparing for CAT and even I started preparing for the same. I dropped the idea of taking More..

Studying at meridian studies was really very helpful fro pursuing GRE. Advertisements were the main purpose of encouragement. They helped in every step I More..

I want to thank Ashwini sir , Piyush sir & Manju mam for all their support. All of you have just opened a large door towards success & career. More..

GRE is better option as learning abroad will give you global exposure. It will make you more independent and confident which is very important in today’s business world. More…

SSCET Raipur, University of Texas at Dallas, USA. With scholarship.

To be completely honest, I had joined meridian studies for the later part of my GRE joining selecting schools and on wards with some apprehension. More..

Meridian studies really helped me to keep my focus and identity the best possible career path based on my interest. It is an excellent institute to pursue More..

A great place and also well mannered and educated team which has the capability to solve even the ……. Of the queries of there students at given point of time. More…